A bilingual book about Generic Cities. Its design is based on the annoyance of footnotes and the change and speed of cities. The footnotes move through the book and crossover languages. Therefore the footnotes and images both make both languages still interact with each other. The book has two front covers, on one side you find the Dutch version and when you flip the book you find the English version.

A research project into some neighbourhoods in the Netherlands. A white chair is an object that reoccurs in these places. I composed these sculptures with the chairs by stacking them in several ways. The sculptures became postcards to represent the neighbourhoods.

Experimentation with silkscreening objects. From putting physical objects on the screen to printing flat shapes. This book is a collection of the forms we created while silkscreening. Cutting some of our posters up to make new connections when moving through the book. In collaboration with Sophie van der Sman.

The text I redesigned was about a math formula which the writer explained in 99 ways. Every variation has its own composition, matching its theme. The text overall I approached as a formula and its letters as numbers which I could subtract. The letters that were removed add up on the last page. This section of 16 pages is part of a collaborative book with all the second-year students of 2020 Graphic Design ArtEZ.

A catalogue book from the book collection of the Graphic Design department from ArtEZ Arnhem. The books are divided into sets of five with a specific topic. In the centre are these grid systems that are used to order the books in several ways, from content to appearance. In collaboration with Isa Grienberger, Ana-Maria Cojocaru, Caterina Pettiti & Joanne van der Wal.

Animation of 5 Fluxus event scores. The beginning stage of the scores is the same as the ending stage, so nothing actually happens. By moving all these loose characters in this ASCII typeface, an animation originates. The end and beginning frame of the animation are very similar or even completely the same. It is about what happens in the time in between.

A way of training myself to write with my left hand (even though I’m right-handed). Can you start with a clean sleeve with your non-dominant hand? Can your handwriting recreate a typeface? By keeping a daily diary and experimenting with several training methods, I tried to get as close as possible to writing in Helvetica with my left hand.

An animated clock based on the way I experience time while snoozing my alarm. There is always this tension between sleeping in and getting out of bed to hurry to be on time. Just like my alarm, the time on the clock changes every 9 minutes.

from Object to Shape 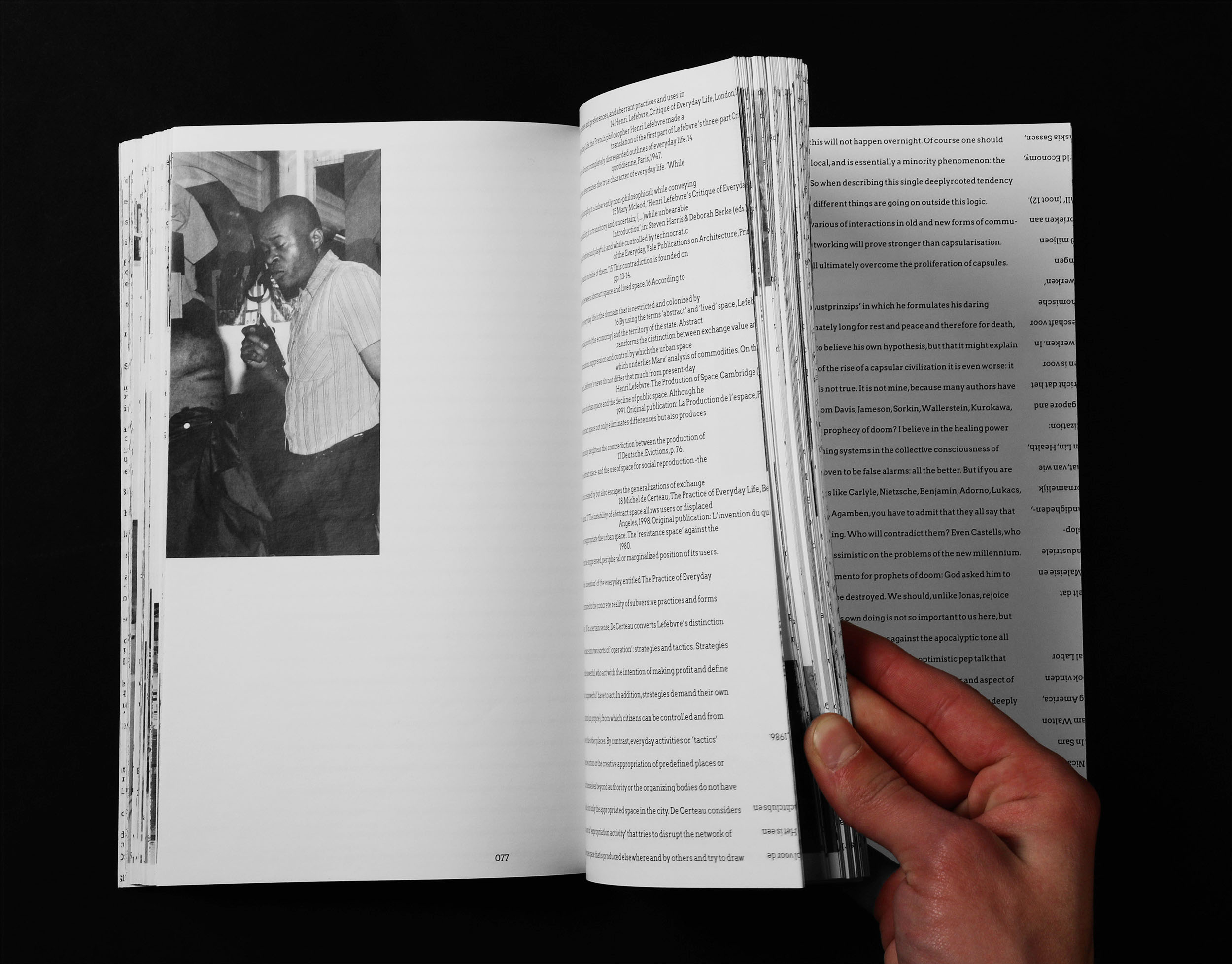 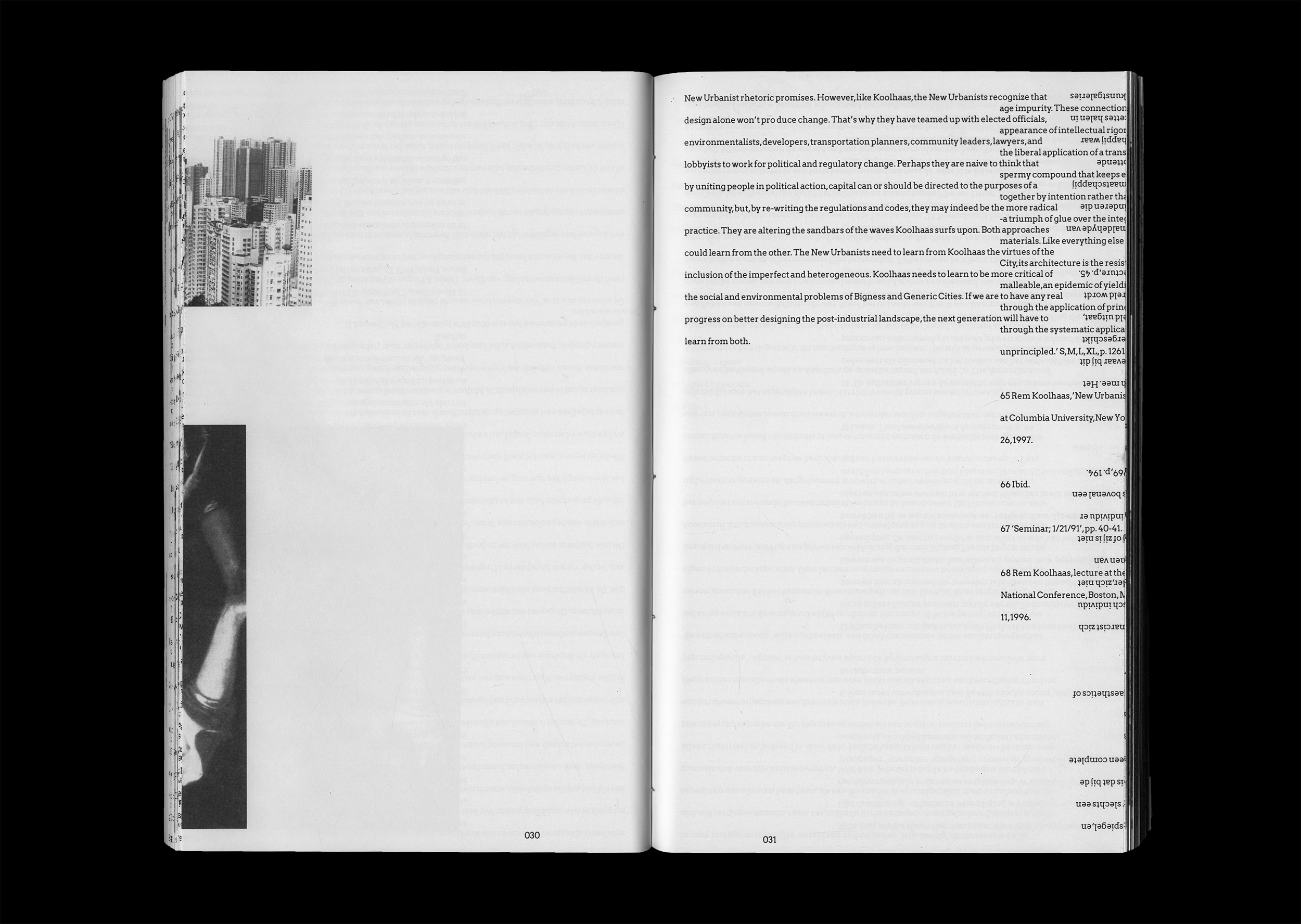 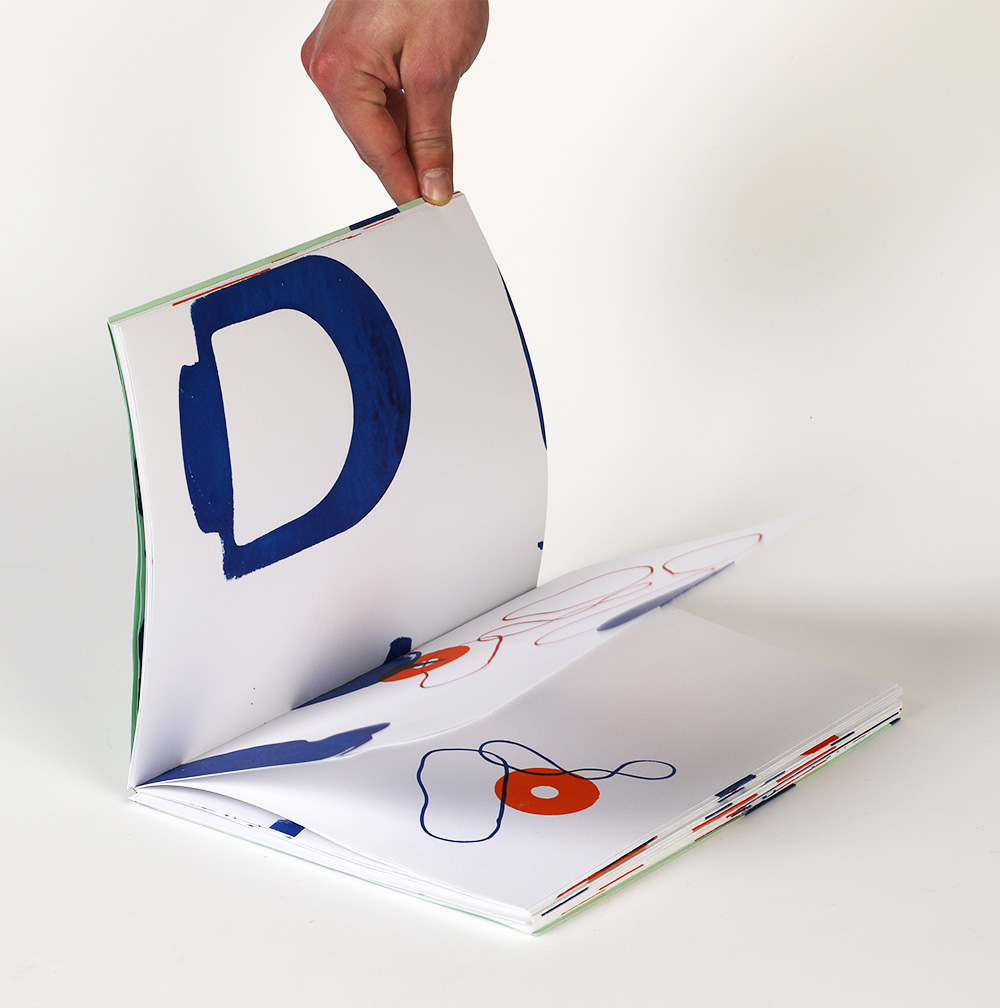 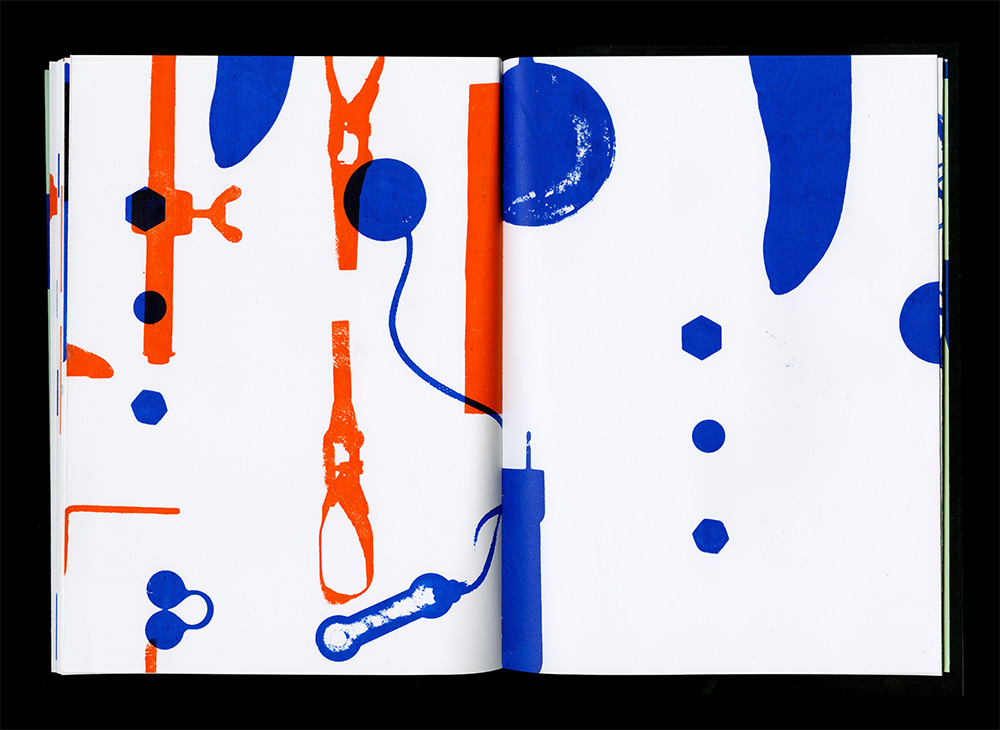 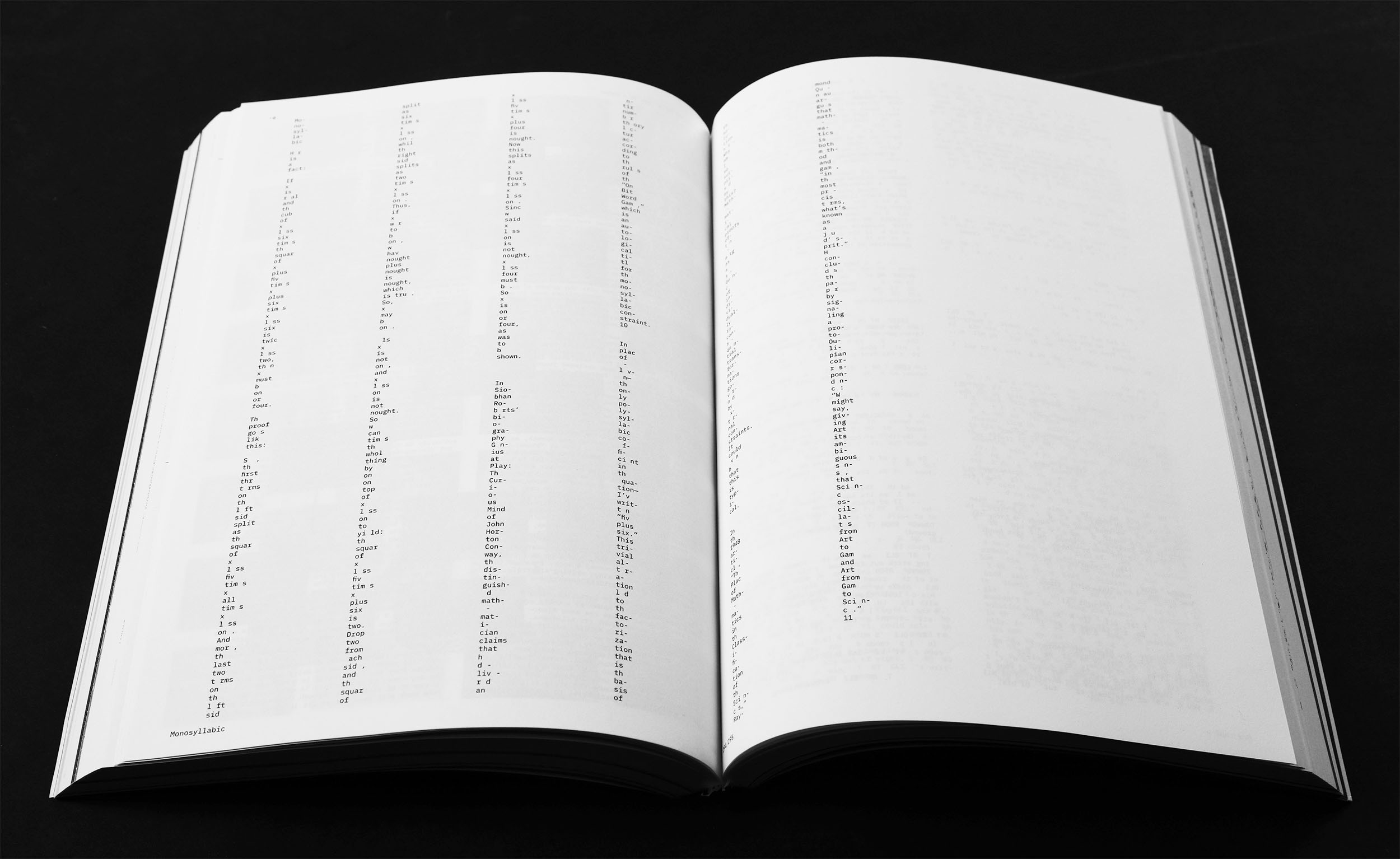 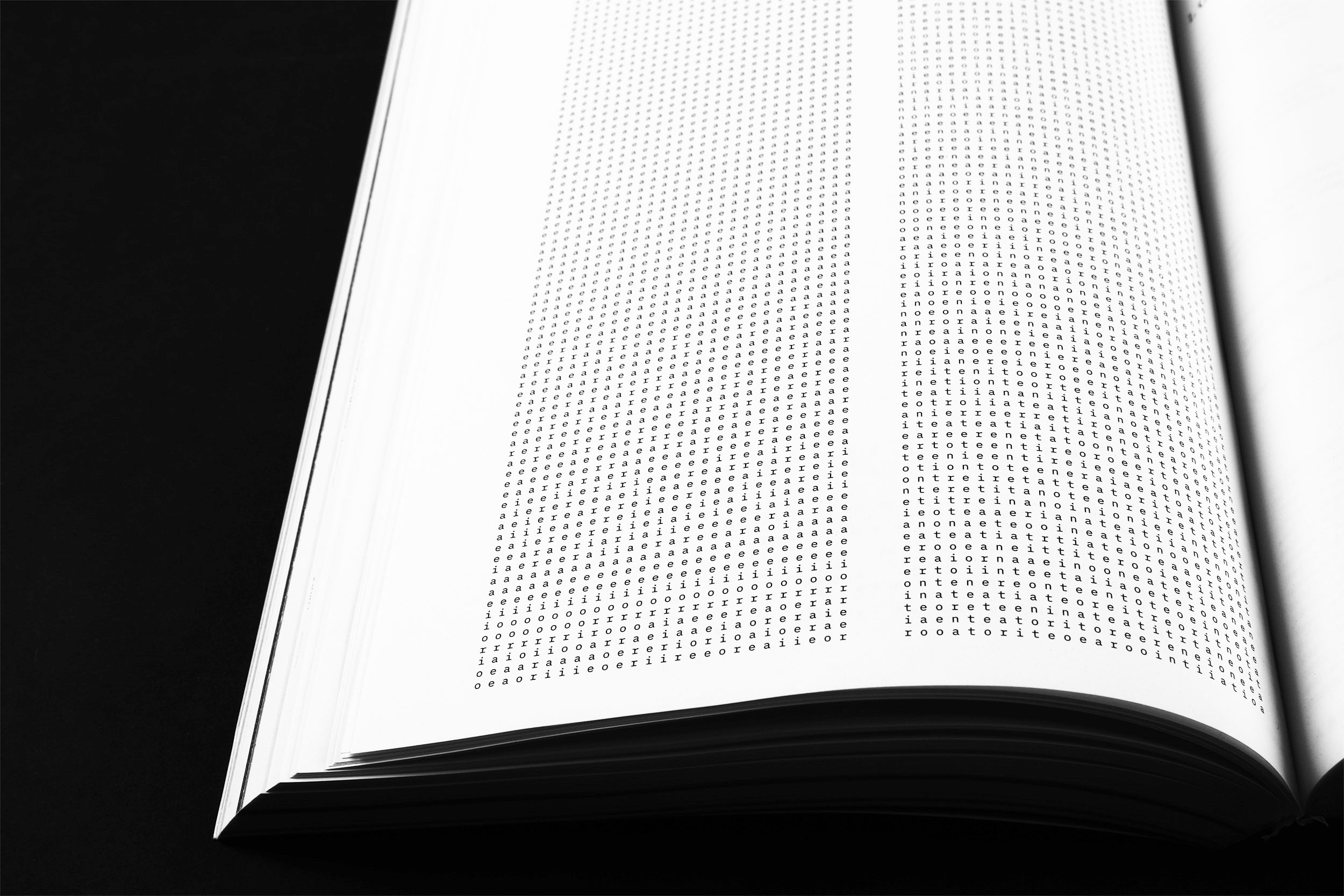 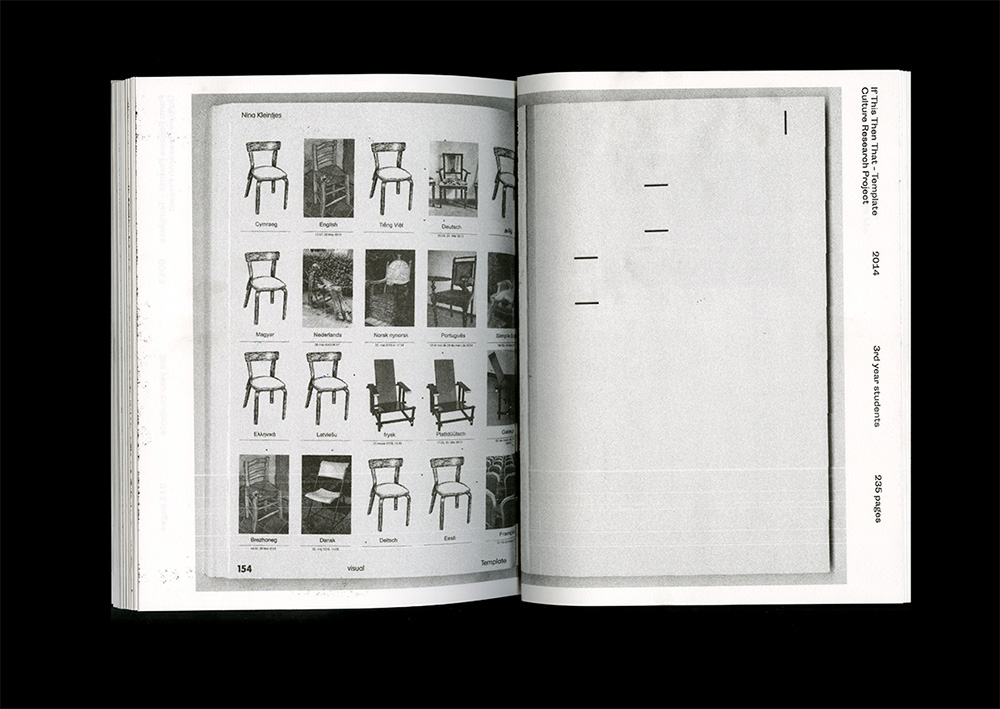